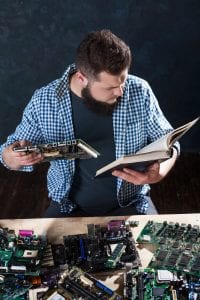 On our most recent article, we broke down the new features and details of Microsoft’s Windows 10 October update which has been in the making for a while now, and the last major update for Windows this year.

Since writing the article, the internet has been taken by storm with comments about Windows 10 bugs in the update and how users should avoid the update until Microsoft delivers some solid fixes. As a response, Microsoft has currently suspended the download of the update on some systems. Some of the issues that were reported when the update was downloaded were the following:

Of the reported problems, the most persistent one seems to be disappearing files, some reporting that post-update resulted in a loss of 220 GB of data, with the affected file types being documents, music, and photos.

As of right now, the speculation as to why this occurs is resting on OneDrive’s shoulders. A user reports that if you have items locally stored, that aren’t also on OneDrive, the update will delete them. The same user make an urge to everyone that if you have anything that is not on OneDrive, to migrate immediately and avoid the possibilities of file loss. As an added caution, it has been learned that simply rolling back your computer to before the update does not bring back the deleted files.

A second main issue that has become a signature of this update relates to the Intel Display Audio driver. The glitch affects users running PCs with Intel’s 6th-generation Skylake Processors or newer. The glitch causes excessive CPU usage, resulting in diminished battery life. Microsoft has halted the update to all CPUs matching the requirements for the glitch.

That’s the unfortunate breakdown of the issues relating to Microsoft’s Windows 10 October update. Fingers are crossed that we see a timely fix to these issues and hopefully some manner of ease for those greatly affected by the current problems.

Do you have questions regarding your online security? Do you need assistance in setting up your networks? Give us a call today at Re2Tech! We make I.T. Easy!